River Nila, is also called as Bharathappuzha is the meeting point of Bharathappuza and Tirur River. Bharathappuzha or River Nila Kerala’s second longest river is in the news due to the fact that it started drying and Now large part of this River is dried up and you can find the rivers level is going down day by day. 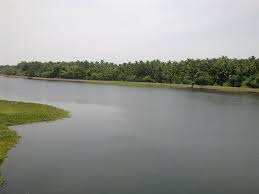 Bharathappuzha it is also called as “River of Bhārata”.This river is in India in the state of Kerala. Bharathappuzha or River Nila Kerala’s second longest river With a length of 209 km,It is one the second number in Kerla after Periyar River. Bharathappuzha is one of the major significance for the Kerala’s cultural map.It is also have the great significance as people of Kerala or the sons of Kerala pay homage to their late fathers by conducting a Pithru Tharpanam ritual on the Karkidaka Vavu day. The second longest river in Kerala has gone dry resembling a stream adding to water woes.

How to make best use of smartphone camera