One of the thing which make many people happy is that Apply For Indian Passport through Passport App From Anywhere In India.

In India till 2014, It  was very much tough task to make government ID, Now after easing the process of AAdhar now government came up with the Apply For Indian Passport through Passport App From Anywhere In India.

The statement from Ministry said, “With the launch of this mPassport Seva App, citizens would not require access to a computer and printer to apply for passport services,”

Minister Sushma Swaraj has named this app as a ‘Passport Revolution’.

A statement from the Ministry said, “The mPassport Seva App is available in Android and iOS platforms and will have the facilities to apply, pay and schedule appointments for passport services.” 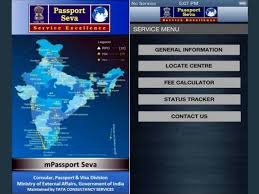 What is mPassportSeva Passport Application App?

mPassportSeva Passport Application App, is made by the Consular, Passport and Visa (CPV) division of the Ministry of External Affairs (MEA), Government of India, aims at providing all the Passport-related services to the Indian Citizens in a speedy, convenient and transparent manner.

This is one of the private and Public Patnership project in which Government of India under the National e-Governance Plan (NeGP) being executed in public-private-partnership mode with Tata Consultancy Services (TCS) as the private partner. mPassportSeva Passport Application project is already operational and servicing citizens through 77 Passport Seva Kendras across India.